The Schonbrunn Glorietta in the Winter. Photograph by Biho

Vienna, Central Europe’s imperial city, with its Habsburgian heritage and baroque grandeur, is an astonishing sight in the winter. Its ornate Christmas decorations and lights, Advent markets and fairytale-like snow-covered rooftops make the city the perfect winter getaway. Insight Cities’s curated list of cultural, artistic and gastronomic delights shows you why Vienna is consistently ranked as the best place in the world to live in and worth your consideration

With dozens of intricately constructed and beautifully decorated markets to choose from, no city in the world does the advent markets quite like Vienna. Honestly, you can’t go wrong. So, whichever one you pick, is probably best. However, given that the tradition dates back to 1298, the competition runs deep. From the gaudy (Christkindlmarkt) to the traditional (Freyung), and the high-class (Stephansplatz), it’s all on offer. If we were forced to choose, we’d pick the Schonbrunn Palace – you might as well have the Disney movie backdrop. With its selection of Austrian handicrafts, gourmet delights and gluhwein. it is a treat for all ages, and it even converts into a New Year market after Christmas.

Before your visit to the Christmas market at the Schonbrunn Palace, why not indulge your senses and take Insight Cities’ Schönbrunn: the Public Grandeur and Private Realities of Emperors Tour? It promises a unique opportunity to understand the significance behind one of Europe’s greatest cultural landmarks and the dynasty that built it. 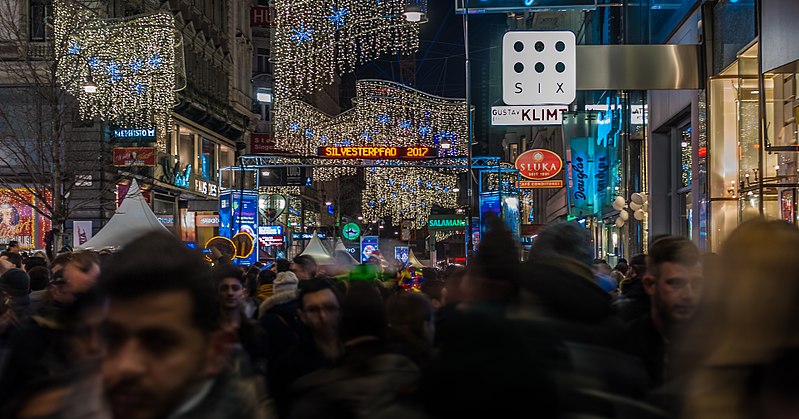 The city centre transforms itself into a giant street party, as revellers trace a path from the Rathausplatz, across the inner city, to Prater, in what is now, a well-known celebration that attracts crowds from across Europe. Not as rarified as Vienna’s typical cultural events, but cleaner than most street parties anywhere else, Silvesterpfad begins at 2 P.M. on New Year’s Eve and goes well into the A.M. on New Years’ Day. You can buy everything you need along the path from the numerous street vendors you will encounter, including food, drink and copious amounts of champagne, so don’t worry about stocking up. But, remember you might have to queue early for the long security lines, and come dressed for elements.

Resonanzen has made its mark in Europe and beyond as one of the leading festivals of early music. Focussed on composition and styles from the Medieval, Renaissance and Baroque periods of Central European History and played on instruments like harpsichords and lutes from the times, the festival is a treat for your ears. This year’s theme is the Ten Commandments with a concert dedicated to each of the ten tenets, which in the words of the organisers results in “a sort of euphonious decalogue depicting the tension between divine behest and human action.”

The Science Ball 2019. Photograph by SciBall19

A Hapsburgian tradition, ball season is when Vienna comes to life. The season runs from mid-November to just before Lent, but the pick of the season’s balls always take place in the new year. While we like the ostentatious galas, we know tickets are nigh-impossible and finding a costume while you’re on holiday, is even harder. So, we suggest you set your sights on the Technical University’s annual ball, which is as you will find, is a lot more fun than some of the more traditional offerings.

On the occasion of Beethoven’s 250th birth anniversary, Vienna declared 2020, the year of Beethoven. The State Opera House is doing its own bit to mark the anniversary and is organising four magnificent concerts on the first weekend of February. The master composer’s entire repertoire of songs will be performed by a specially gathered ensemble of the State Opera at Gustav Mahler-Saal. Don’t miss it for the world.

If music is what brings you to Vienna, we’d highly recommend taking Insight Cities’ rather delightful The Habsburgs: Patrons of Music from Baroque to Classic Tour. This three hour, scholar-led walk allows visitors a unique musical introduction into the heart of Vienna and will tell you everything you need to know about Beethoven. 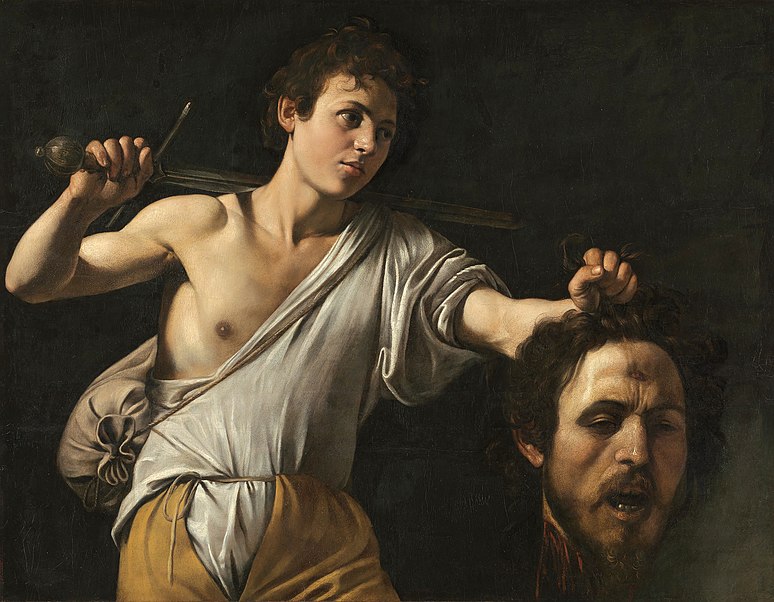 Caravaggio’s David and Goliath at the Kunsthistorisches Museum in Vienna.

Caravaggio and Bernini at the Kunsthistorisches Museum – On until January 19th, 2020

One of our favourite institutions in the city, the wonderfully creative Kunsthistorisches Museum, puts on a Baroque show for the ages. Dedicated to two Italian masters – painter Michelangelo Merisi da Caravaggio (1571-1610) and sculptor Gian Lorenzo Bernini (1598-1680), the show, through the use of over sixty of their most seminal works, depicts the emotions and realities behind Rome’s greatest Baroque period. The exhibition itself includes a number of additional activities, including film screenings and discussions. Book tickets online to beat the crowds.

Our favourite funky Christmas market is back. Bigger and better than ever before and in multiple cities across the country, this year’s Vienna edition takes place in the Marx Halle. Two young Austrians brought back a design sensibility from London and Berlin and the Edelstoff Design Market quickly became a runaway success. Quirky, fun and a very different side of Vienna, the Christmas Edition is great for gifts and supports up-and-coming young designers.

Vienna’s ice dream is, like the name suggests, pretty dreamlike. It is Europe’s largest man-made block of ice and covers an area of 80,000 square feet, spread over ice-skating rinks, curling lanes and special areas for children. It is the perfect way to get your winter exercise in and fight the seasonal blues. In the heart of the city, at the Rathausplatz, it’s hard to miss, and hard to resist.

The Wiener Eistraum. Photograph by Spaceman117

Vienna, home to the grandest and most elegant of cafes, also hosts a unique coffee festival. The festival showcases all the latest trends and technology in the world of coffee. With speciality coffee, award-winning baristas, cocktails, DJs and gourmet food, you can’t really go wrong with this one. The festival takes place at one of our favourite alternative Vienna venues – the Ottakringer Brewery. Entrance tickets are 13 Europs and are available online.

Retelling the Events of the Velvet Revolution