Listen to highlights of Vienna’s musical masterpieces on headphones along with expert commentary from your music historian guide all along the way of a walking tour that helps you discover the world’s most famous composers: Joseph Haydn, Wolfgang Amadeus Mozart, and Ludwig van Beethoven among others. This three-hour Vienna music tour takes you on a journey by the major sites where these legends lived and performed. You’ll explore the monuments built to honor them in the “City of Music.” As an essential counterpart, we examine the powerful impact of the Habsburg family’s enthusiasm and patronage on Vienna’s development into the world capital of classical music.

Visit Stephansdom, an important performance venue in previous centuries for Haydn and Mozart, Salieri and Vivaldi.

Stroll by Figaro House (or Mozarthaus) where Mozart resided from 1784 to 1787, writing many of his most famous operas and instrumental pieces.

Pass by Beethoven’s monument and explore his erratic life, living in sixty different apartments throughout Vienna.

Finish at the residence where Archduke Rudolph took piano lessons with Beethoven, and to whom Beethoven dedicated his Missa Solemnis for his support.

Consider the continued musical dominance of Vienna today outside the legendary State Opera House, one of the great contemporary opera stages and the Musikverein concert hall, home to world-famous Vienna Philharmonic.

Throughout this 3-hour Vienna Music tour, we pause to listen to selections of Vienna’s musical masterpieces on headphones while exploring the major sites. Vienna is rightly named the “City of Music” as home to the most famous composers: Joseph Haydn, Wolfgang Amadeus Mozart, Ludwig van Beethoven, among others. But what made Vienna so attractive for young musicians seeking their fortune? Surprisingly, the most important answer is the ruling Habsburg family itself. 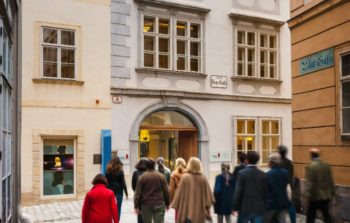 During the second half of the 17th century, the Emperor ventured to lead not only politics but also the artistic life of the Austrian Empire. Ferdinand III (1608-1657), led by his court-scholar Athanasius Kircher, became a composer in his own right. This tradition was sustained for three generations to Charles VI, the father of Maria Theresia (1717-1780). Even while Maria Theresia herself did not write music, she and her many children participated in opera rehearsals and chamber music sessions held at the Imperial Court.

In those days, music was an essential part of the general education within the circles of high aristocracy, functioning as a crucial mode of courtly status and socialization. The most renowned musicians of their time were invited to perform at Palace Schönbrunn. The young Amadeus Mozart was a famous attraction improvising on the piano while blindfolded at the young age of six. Over centuries, the Habsburgs served not only as patrons of music but also as performers and even as creators of it. The fascinating story about this connection will be unraveled while walking through the site of the magnificent Hofburg, the Habsburg Palace. 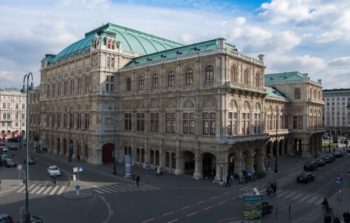 We delve deeply into the era of classical music with its iconic representatives: Haydn, Mozart, and Beethoven. Whereas Haydn spent a long period of his life in the service of the prosperous, Hungarian Esterházy family at their palace in Eisenstadt, Mozart arrived in Vienna in 1781. After quitting his service at the court of the Archbishop of Salzburg, Mozart became one of the first freelancers to try to make his own living by teaching daughters of high aristocrats, performing at public subscribers concertos and, of course, by composing. This city walk will lead to the ancient inner city in the vicinity of St. Stephan’s Cathedral and to the so-called “Figaro” house, where Mozart lived from 1784 to 1787 and wrote many of his most important operas and instrumental works. 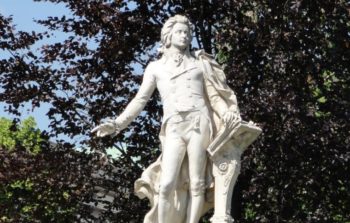 Next, we head to one of Beethoven’s many flats, to the Pasqualati-House at the Mölker-Bastei, which is located directly opposite of the University of Vienna. Beethoven had a restless life in Vienna, changing residence almost sixty times. His music symbolizes the apex of the Classic and heralded many important developments of the Romantic era. Though his relationship with the high aristocracy was often strained, he called Archduke Rudolph, the youngest son of Emperor Leopold II, one of his best friends. The circuit of the walk is completed at the residence where Rudolph took piano lessons with Beethoven, one of his most profound supporters and patrons. Among other compositions, Beethoven dedicated his Missa Solemnis to Archduke Rudolph, a piece that represents the profound interaction between the Habsburg family and the most important musicians in Vienna during the 18th and 19th centuries.

We can conclude discussing the Habsburg legacy today outside the legendary Vienna Opera House, one of the great contemporary opera stages and the Musikverein concert hall, home to world-famous Vienna Philharmonic.

My husband and I enjoyed learning about the history of this beautiful city during this walking tour. Our guide, IIse, was extremely knowledgeable, personable, professional, and spoke excellent English. We highly recommend this tour!