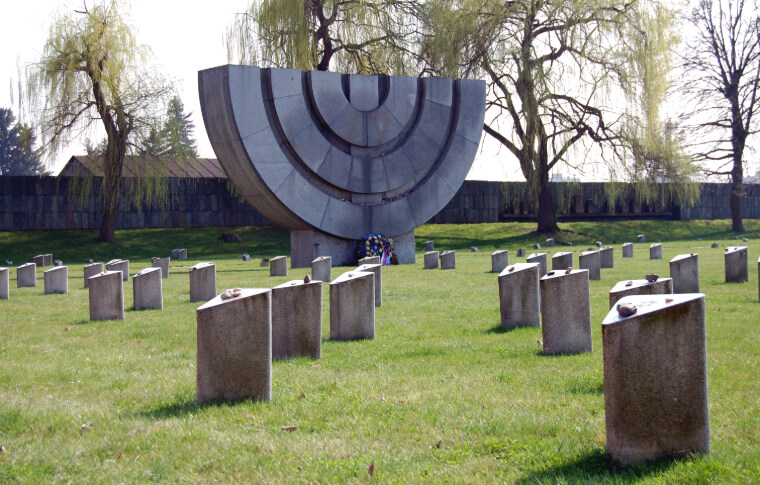 You spend your 60-minute private drive to Terezín learning about the Nazi occupation of Czechoslovakia in March 1939 and the steady erosion of civil rights for Jews and other groups, until the transports that brought Jews to the overcrowded, unhygienic ghetto. Despite the extremely tough situation, Terezín is a place of spirit and endurance. You learn how the inmates organized health care, conducting secret educational activities and religious services. The Nazis decided to use Terezín for propaganda and tolerated cultural activity. This led to a camp life of grim paradoxes. Inmates (including many professional artists) famously improvised theatrical and musical performances, painted and drew copiously, wrote and even published magazines—all in the face of death and despair. With careful attention to detail and historical context, and sensitivity to the emotional experience of visitors, this Terezin tour will help you appreciate the stories of victims and survivors and to consider the forces of antisemitism and fascism that unleashed genocide in the 20th century.

Explore the Small Fortress, the former Gestapo Prison where political opponents were held.

Take in the Ghetto Museum, with its exhibition of thousands of Jewish children’s paintings hidden for safe-keeping by the famous “art teacher of Terezin,” Friedl Dicker-Brandeis.

Visit the Magdeburg Barracks, with its replica of the Women’s Attic room.

Discover a secret synagogue that was hidden for decades.

Pay respects at the Crematorium and Jewish Cemetery.

Pick-up from your central hotel or flat

Groups of over 7 should contact us at info@insightcities.com in order to get a special rate for their party since we’ll hire a larger vehicle for you and your guide.

Snacks at the cafeteria, where we offer you a quiet break

Although Terezín was not an extermination camp, more than 33,000 people (primarily Jews) perished within its walls during World War II and the Nazi occupation of Czechoslovakia. Still another 88,000 individuals were sent from Terezín to be slaughtered farther east at Auschwitz and Mauthausen.

Originally, the town of Theresienstadt (as it is called in German) was built by Emperor Joseph II some 50 kilometers to the north-northwest of Prague as a garrison for the defense of the Hapsburg Empire against the Prussians. The name honored his mother, Empress Maria Theresa. The town consisted of two fortresses separated by the Ohře river. The smaller fortress was always used as a prison and the bigger one was converted into a small civilian town in 1882. Gavrilo Princip, whose assassination of the Archduke Franz Ferdinand of Austria and his wife triggered WWI, was imprisoned and died there. 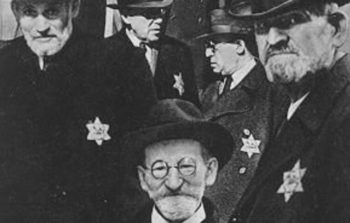 In the company of a historian, you will spend your hour drive in a private car or minivan to Terezín learning about the Nazi occupation of Czechoslovakia in March 1939 and the steady erosion of civil rights for Jews and other groups in the so-called Protectorate of Bohemia and Moravia. Eventually, transports began that brought the Jews to the overcrowded, unhygienic conditions of the ghetto.

In spite of the extremely tough living situation, Terezín has long been viewed as a place of spirit and endurance. You will learn how the camp’s Jewish inmates managed to organize basic health care and social welfare, conducting cultural and secret educational activities and even holding secret religious services. A great number of professional and amateur artists passed through Terezín and they tried to stay active even after arrival. The Nazis banned any cultural activities at first but later on – in compliance with the decision to use Terezín for propaganda – tolerated them. This led to a camp life of grim paradoxes. Inmates famously improvised theatrical and musical performances, painted and drew copiously, wrote and even published magazines—all in the face of death and despair. One whole building of the memorial is dedicated to the art produced in the ghetto. Your guide will help you understand the various intellectuals, artists and personalities who created such work in such a context. 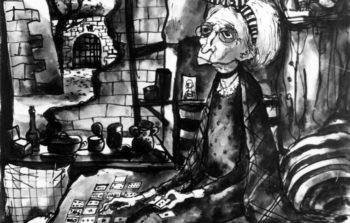 Some 4,500 drawings by the ghetto children (arguably the largest children’s drawings collection in the world) have been preserved and they have a very special place in Terezín’s artistic context. They were hidden in two suitcases by Friedl Dicker-Brandeis before her departure to Auschwitz where she was murdered. Dicker-Brandeis had studied at the Weimar Bauhaus and later worked as an artist and textile designer. In the ghetto, she organized drawing classes for kids. Out of some 660 authors of the drawings, 550 were murdered in the Shoah.

We’ve mentioned that Terezín was used for propaganda purposes. In June 1944, officials of the Red Cross were invited to inspect the ghetto. The Nazis opened cafés, schools and shops, and even had a merry-go-round brought in for the occasion. The inspectors failed to see the swindle and praised the ghetto’s living conditions. Spurred by this success, the Nazis decided to make a propaganda film for Western audiences. Although much of the film was destroyed, some footage has been preserved for our viewing at the memorial. 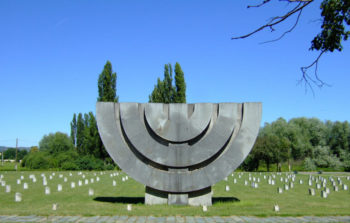 With careful attention to detail and historical context, and sensitivity to the emotional experience of visitors, your guide will lead you through the Small Fortress, Ghetto Museum, Magdeburg Barracks, Crematorium, Columbarium, Ceremonial Halls and Central Morgue, and a replica of an attic room. The exposition is fairly large so we recommend a six-hour duration to allow you to properly absorb, understand and reflect (this includes the one hour journey from Prague and back).

Bonita’s driver picked us up for the one hour trip to Terezin, the concentration camp the Nazi’s designed to show the Red Cross how fine life was for the Jews. The tour included an incredible amount of history and information about the Holocaust, and was gently guided by Bonita. It was not rushed, and not too long. It’s a potentially upsetting trip, Bonita ended it with a tour to the Crematorium and a sweet spot, a monument at the end which was somewhat uplifting. I recommend the trip and the guide.

It was like getting a taste of a fascinating college course – which makes sense because he and his wife Bonita (co-founder) are scholars. If I’m making this sound intimidating, it’s not – just a deeper understanding than what you would read in a guidebook or hear on a bus tour. InsightCities small group tours aren’t generally for one person, but they are so small that it’s like walking around with a knowledgeable and interesting friend. You will never want to take a typical tour again. I look forward to taking their tours in other cities, with other scholars.

Insight Cities is head and shoulders above many other European tours I’ve been on. The guides are professors and subject matter experts in the field, and their expertise and ability to captivate a crowd really comes across. I took the tour with my mother and we both enjoyed it immensely. Going on this tour made our trip to Prague extra special. If you are visiting Prague, don’t miss it!