Charles Bridge on a Summer Afternoon. Photograph by Roberto Strauss

Summer in Prague is all about reclaiming the city from the throes of the harsh winter, as denizens flock to the city’s verdant parks, riverbanks, beer gardens and streets, seeking to make up for lost time. With hundreds of new cultural offerings and limited time on your hands, Insight Cities navigates a path for you that offers an authentic Prague summer experience and a chance to see the city at its best.

The wine cellar at the city’s Grebovka Park (Havlickovy Sady) gives you a chance to sip on some of the only wine produced in Prague, while taking in incredible views of the city’s southern facade. Nestled amongst the vineyards located on the lower hills of the Vinohrady-Vrsovice districts, this is a unique opportunity to mingle with locals and appreciate the incredible image of the city’s Baroque rooftops juxtaposed against the outline of the numerous Communist housing estates in the background.

Vinobrani, or the grape harvest, is an annual celebration at the end of the summer that marks the beginning of the harvest season for wine. Celebrated by drinking copious amounts of Burcak, a young, fermented wine, which can knock over even the most-seasoned drinker, the tradition comes from Moravia, but has been quickly adapted to Prague’s tastes. The celebration in Vinohrady is as veritable a local celebration you will find. With food, drink, music and games on offer, this is a perfect weekend for family fun.

The Generation of the Mánes Association of Fine Artists – Runs till August 30th, 2019

The Mánes Association of Fine Artists was started as a collective and union of the finest Czechoslovak artists of the fin de siecle and interwar period. It fostered the creation of the  Czech Cubist and Rondocubist styles that have come to define the city. This show, at the Kooperativa Gallery, pays tribute to the association’s history and showcases the work of some of its famous members and some more contemporary members.

The Manes show is a perfect segue to Insight Prague’s Art Nouveau and Cubist Architecture – Prague after 1900 tour, featured as one of five best architecture tours in Europe in The Week, and as one of ten best in the world in The Guardian. Josef Gočár (the founder of architectural cubism) and so many other architects and artists who we discover on the tour (like Jan Štursa and Otto Gutfreund whose sculptural ensembles we encounter at the Legion Bank) were members of the Manes Union, and partook in its spirit of avant-gardism and the quest to find a distinctly Czech national identity, through artistic and cultural innovation.

Letni Letna has come to culturally define the end of a Prague summer, in the 16 years it has been running. Setup in giant tents all over Letna Park, the festival is a fortnight-long showcase of new circus and theatre, bringing some of the world’s best troupes and artistes to the city. With special events for kids, Letni Letna is our recommendation for that perfect summer evening. Tickets are available online but sell out fast.

An incredible story of urban renewal, Stalin showcases why Prague is at the forefront of Europe’s cultural scene. Located at the base of Letna, where the world’s largest Stalin statue once stood, this outdoor venue, beer garden, skate park, art gallery and cultural centre, took the city by storm when it was setup in 2015. Entirely local and truly authentic, Stalin has craft beers, food, live music and everything you’d want for a summer evening. Come early, leave late and lose yourself in the maze of bars and galleries in Letna after you’re done at Stalin.

Find out more about the Stalin statue and hear about Prague’s experience with totalitarianism on Insight Prague’s tour on life in the Cold War Years.

No visit to Prague in the summer is complete without time well-spent at one of its ubiquitous beer gardens. While some have changed with the times, with craft beers, pulled pork and vegan dogs on offer,  we prefer the authentic, slightly more humble offerings, sans the airs of gentrification. And, for that, nothing beats the Parukarka Park beer garden. Located at the entrance of the park, with unparalleled views of the Zizkov district,  humble Gambrinus beer on tap and nothing but all-pork sausages on the grill, this is as authentic as a Prague summer will get. Fun for kids as well!

If Czech beer is your thing, Insight Prague’s Beer and Baroque High Brow Brew Tour is the definitive guide to the best beer and buildings in the city. Combining academic insight in the field with all the fun of bar banter, this tour is led by our team of eminent beer and architectural historians.

Off the beaten track, located on a barge in Prague’s Holesovice district, Altenberg 1964 underlines Prague’s renaissance as the epicentre of urban chic. Home to the city’s techno crowd, young artists and film crews, Altenberg is a floating wonder. Part gallery, nightclub, beer garden and cultural centre, it has the right combination of craft beers, organic food, smiling hipsters and great music, to make this a must visit for some evening fun.

Home to nine islands in the middle of the Vltava river, Prague actually has a summer music festival that gives you a chance to indulge in some island-hopping. Once, the largest music festival in the city, United Islands takes up and coming musicians and bands from the region, and places them on Prague’s many islands for two days of music and family fun. The best part is that it is entirely free.

Respect Festival kicks the summer off with a bang – a bang that is entirely composed of ethnic, tribal, folk and indigenous music from all corners of the world. In its 22nd year, Respect is the music festival that defines Prague’s summer and its lineup includes some of the biggest names in ethnic music. With massive discounts for families, games, food, open air events, a laid back atmosphere and lots of love and respect, it’s hard not to have a great time. 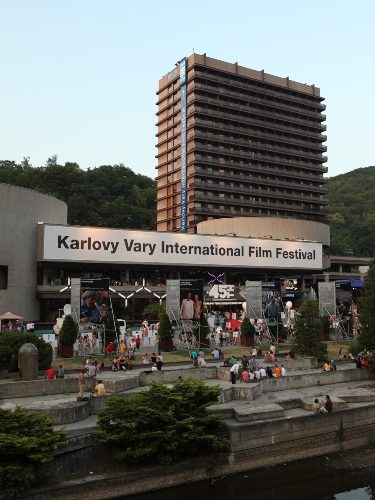 Not quite Prague, but since the city’s cultural elite relocate themselves to the awe-inspiring environs of Karlovy Vary for Central and Eastern Europe’s leading film festival for ten days in June and July, we thought we’d mention it. KVIFF is entirely worth a day trip or two, for the movies, for the stars, for the parties and for the spa-town. Skip the opening and closing weekends, and buy tickets online for a film experience like no other.

Every summer the Bohemia Jazz Festival comes to town (and a half-dozen other towns in Bohemia), bringing both some of the biggest and newest names in modern jazz to the country. Concerts are free and take place on the Old Town Square in the evening. And if you miss it in Prague, try your luck in one of the other cities, the show moves onto.

At a time when tolerance for diversity in Central Europe is low, Refufest shows the world why it is something to be proud of. A festival of cultures, music, film, dance, food and fun, Refufest is your chance to see a different side of Prague. As perhaps the most multicultural of the post-Communist cities, the festival allows the city’s different ethnicities and nationalities to present a slice of their cultures, all the while stressing tolerance and raising funds for refugees.