Fall, or an Indian Summer in Budapest

Budapest Panorama from the Castle. Photograph by Jacobleonardking

Given its location in the southern heart of Europe, Budapest experiences a longer summer than many of its Central European contemporaries making the latter months of the year, the perfect time to visit Hungary’s Pearl on the Danube. With a number of different cultural and culinary happenings on offer, including new ballet premieres, music festivals, wine-tastings and art exhibitions, we highly recommend a late-year visit to the city. 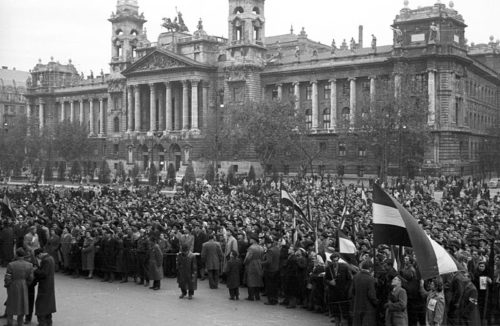 Images from the Hungarian Revolution of 1956. Photograph by FOTO:FORTEPAN / Nagy Gyula

Each year, on October 23rd, thousands of residents flock to the streets of Budapest to commemorate the anniversary of the 1956 Hungarian Uprising. The celebrations are spread over two days, and actually start on October 22nd, with various processions and memorial ceremonies organised across the city. On October 23rd, the major commemorations begin outside parliament on Kossuth Square in the morning, followed by the lighting of candles at the House of Terror Museum in the afternoon. The Hungarian Parliament and the House of Terror Museum will both be open to the public to visit, for free. In addition, a number of concerts are also planned across the city in the evening.

St. Martin’s Day or Marton nap is a traditional Central European festival which takes on additional prominence in Hungary, given St. Martin’s alleged local origins. Celebrated with new wine and copious amounts of goose, the city decks up for St. Martin’s Day, with every major restaurant and venue, showcasing a special menu for the period around the day. Our favourite is the wine festival at the magnificent Art Deco Hotel Gellert, in Buda. While you’re there, don’t forget to take a dip in the wonderfully ornate spas that make up part of the hotel complex. 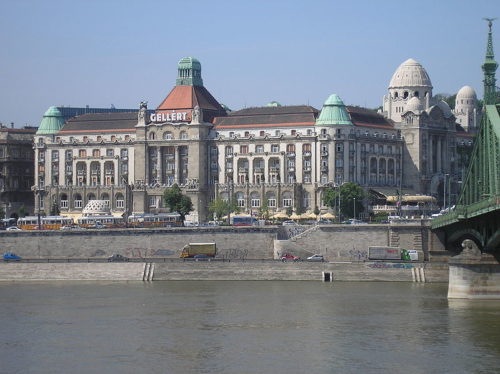 The Gellert Hotel in Buda. Photograph by Alfio

Once known as the Budapest Autumn Festival, the Cafe Budapest Arts Festival has grown into the city’s most significant autumnal happening. The festival is a  collection of carefully curated, eclectic dance, jazz, fine art and literary events, organised in cooperation with the city government, across a fortnight in October and we’d suggest you try and catch as many events as you can. With so much on, picking favourites is always an arduous task, but the Margo Literary Festival and Book Fair which begins on October 10th and Israeli jazz musician Omer Klein’s show on on October 18th, have certainly caught our eye.

Technically a part of the festivities at the Cafe Budapest Arts Festival, Art Market Budapest deserves its own entry, given its centrality to the local fine art scene. Established in 2011, the Art Market has quickly come to hold its own as the leading the art event in the city and the region. With exhibitors from over 40 countries showcasing the latest trends and designs in contemporary art, as well as smaller more intimate, local showcases, the Art Market should be high on your list of priorities, come October. Entry is free and the lines grow longer as the day goes on. So, our advice would be head to the Millenaris Park when the doors open at 11 A.M.

The Surrealist Movement from Dali to Magritte – Crisis and Rebirth in 1929 – Runs until October 20th, 2019

The Surrealist Movement from Dali to Magritte is arguably, one of the finest temporary exhibitions hosted by the Museum of Fine Arts at the Hungarian National Gallery. A show for the ages, the exhibition provides the perfect primer on Surrealism, with commentary and insight into all the major artists associated with the period. As the name indicates, the show focuses on the centrality of the year 1929 to the movement and the appearance of Salvador Dali in Paris, as the leading proponent of the style. Put on in collaboration with the Centre Pompidou in Paris, on display are works of prominent Surrealists including Dali, Max Ernst, René Magritte, Pablo Picasso and Francis Picabia, amongst others. 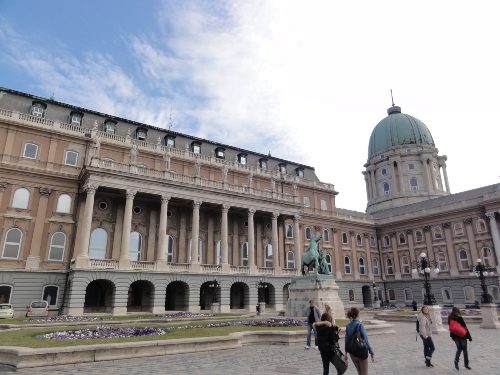 If art is what interests you, we’d highly recommend taking Insight Cities’ Budapest’s Art Nouveau Tour, which provides commentary on Budapest’s distinctive and elegant Art Nouveau construction and shows you the finest examples of this specific style, among them buildings designed by the founding father of Hungarian Secession Ödön Lechner, also known as the Gaudi of Hungary.

1st Steps is a new ballet evening that premieres in September with the Hungarian National Ballet. Described by its creators as “a breathtaking dance piece that confronts our own desires and fears: eight women’s stories of female existence – pregnancy, childbirth and, in the end, a whirling piece on the nature of beauty” the show is comprised of a ballet evening in three acts and includes performances from last season’s premieres including Trois Gnossiennes, Falling Angels and Walking Mad, in addition to a new ballet called Episode 31. We’d highly recommend you buy tickets online, in advance. 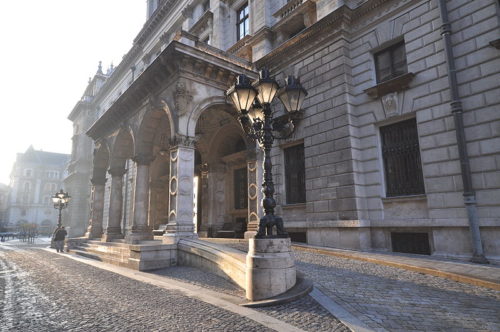 Despite all the negative press Budapest seems to get internationally, these days, the city remains on the cutting edge of many things cultural. Budapest Showcase Hub or BUSH as it is colloquially known, is a perfect example and this relatively new festival has come to redefine the Central and Eastern European musical landscape. Marketed as both an industry-standard and convention and a showcase of the hottest, young talent in the fields of pop and electronic music, don’t miss this opportunity to catch some of tomorrow’s superstars at some of the city’s top clubs and venues.

We covered the Karavan Street Food Market in our last Budapest blog post and the Vegan Garden is Karavan’s meat-free alter ego. With a similar range of plant-based treats on offer, at a number of different stalls located in this garden-like setting in Pest’s bustling Jewish Quarter, you can’t go wrong at the Vegan Garden. Of course, we have our own favourites and we are partial to the excellent vegan burgers at Las Vegans, but don’t let that stop you from making multiple trips here to try all that’s on offer. Perfect for some family fun!

The Sausage Festival clearly represents the other extreme in the dialectic within the culinary scene in Budapest. During the festival, for three days in October, traditionalists bring forward their meaty wares to the city streets. Held in the Hungarian Railway Museum, as the moniker suggests, the festival is about all things sausage and sausage-related. From the famous Gyulai Kolbasz to the less known mutton variants, local cheeses and wines, if sampling the traditional Hungarian palate is your goal, the Sausage Festival is where you should be headed to. Perfect for some family fun!

If familiarising yourself with Budapest’s culinary delights is high on your priority list, we’d suggest you get in touch with us and take Insight Cities’ wonderful guided food walk – A Private Day of History and Gastronomy with Insight Budapest and Taste Hungary,  a unique gastronomic and historical experience.