A Viennese Spring in Your Step

After the deepest and darkest throes of the Central European winter, Vienna bursts into life again, much like the adagio of Beethoven’s spring sonata (No. 5) as the city’s denizens reappear on its cobbled streets with much gusto, seeking to make up for lost time. Not quite warm enough to drink beer shirtless in the park, spring in Vienna sets the tempo for the rest of the year with dozens of cultural, artistic, gastronomic happenings. Insight Vienna’s carefully curated list of events, promise to make your visit to Vienna, a tad more special.

Only in its second avatar, Art Vienna Hofburg, is already, the artistic event of the year. The show brings art from all over the world, to the unique Hofburg palace. The art is carefully curated and keeping with the show’s modernist outlook, much of the art is sourced from Vienna’s bountiful museums, as well as select private galleries, whose pieces are rarely shown to the public. With an eclectic mix of local, national, European artists and the occasional international superstar, the highlight of this year’s fair will be pop-art guru Roy Lichtenstein’s Water Lilies with Willows. 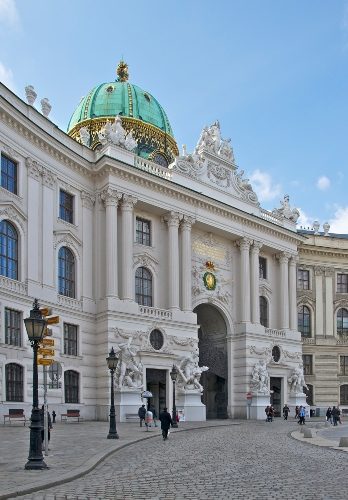 When the incredible KunstHausWien Museum Hundertwasser, decided to collaborate with the European Month of Photography initiative, the first FOTO WIEN exhibition was born. It promises to be one of the highlights of Vienna’s spring cultural calendar, with the aim being to “showcase not just photography as an art medium but also the local photography scene”, in the museum’s own words. Don’t forget to visit the Festival Headquarters, which will run a complementary program of discussions, workshops, lectures and a chance to present your own portfolio.

Only in its third year, the Ottakringer Vinyl and Music Festival has already gained cult status for collectors and visitors alike. Held in the fascinating industrial locale of the Ottakringer Brewery on the outskirts of Vienna, the festival is part flea market, part music shop and fully, a party, with live acts and numerous well-known DJs. Don’t be fooled, this is not an international music festival, this is as local and authentic as you will find an event in Vienna, so if modern music is your thing, it comes highly recommended.

The Vienna Blues festival is exactly what you need to kick the lingering winter blue away. Sold, as one of the world’s longest blues festivals, the party goes on through most of March and April at the unique Reigen theatre (which also hosts the summer jazz festival). With a host of genres from Delta, Chicago, Blues Rock to old school boogie, the festival showcases the best of the city’s homegrown talent, with some pretty well-known global faces thrown in for good measure. This year’s festival will have the original Louisiana Bluesman, Lil’ Jimmy Reed, as one of its highlights. 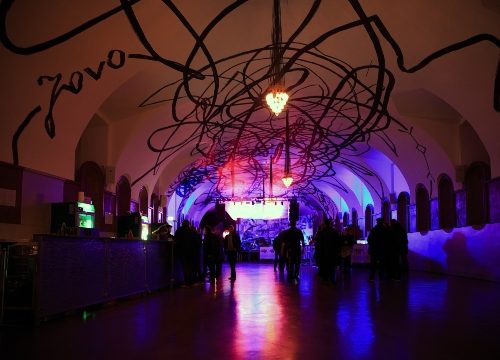 Created in 2017 to showcase Vienna’s booming electronic music scene, Electric Spring shows why Vienna’s image as Europe’s cultural capital continues to endure, as the city of Brahms and Mozart, learns to sing a different tune. Electric Spring is the first major outdoor music event of the year and given that it is free and takes place at the MuseumsQuartier (MQ), expect to see the entire city there. This year’s festival will be curated by popular local FM4 DJ, Dalia Ahmed. Expect to be blown away!

Vienna’s food festival takes place in the restful, green environs of the City Park, in the second weekend of May. Not quite summery, but warm enough to consider spending the better part of your day outdoors, scouring the 190 different stalls, for Austria’s culinary delights, from Alpine cheese, to Styrian pumpkin seed oil and Lower Austrian wines. From the innovative, to the traditional, the Genussfestival has enough on offer to appease the most demanding of gourmets. Pro Tip: Visit on Friday – the first day of the festival, in the early afternoon, to beat the madding crowds that can build up over the weekend.

Rochusmarkt Farmers Market – Fridays and Saturdays from 8 A.M. to 6 P.M.

The Rochusmarkt Farmers Market gathers steam as the weather warms up and the fields become more bountiful. The farmers have more to offer and the price and quality far surpass anything you’ll find at a supermarket. Located on a leafy square in Vienna’s 3rd district, Rochusmarkt runs as a regular market, six days a week. What makes it special, are the region’s farmers who pop-up on Fridays and Saturdays, giving you a chance to take goodies straight from the farm to your table.

Holy mass with the Vienna Boys Choir is the quintessential Vienna thing to do. Running from September to June, hearing the boys choir in action is an unforgettable experience, with their angelic singing and trained voices, as they rattle off church favourites. The choir’s repertoire ensures that this is a great family experience. Our tip is the special Easter Mass on Sunday 21st April. Tickets will sell out early, so get them well in advance.

Not quite as ostentatious and gaudy as the city’s famous Christmas markets, Vienna is also filled with Easter markets. Our pick once again is the Schonbrunn Palace’s gargantuan Easter market, with loads on offer for the entire family. With its Easter Bunny workshops for kids and live jazz (and great regional spirits and wine) for adults, in addition to dozens of shops with handicrafts and local culinary delights, this should be first on your list of things to do in Vienna, if you are around in April. 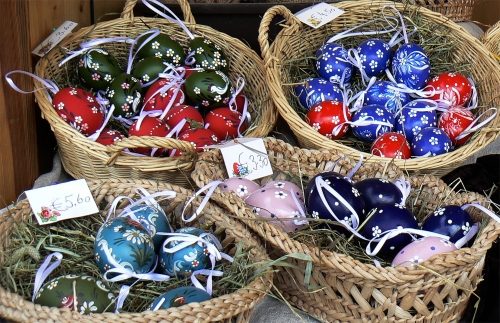 Marathons on holiday can be great family fun too. The Vienna City Marathon with a Youth Race (for ages 12 to 18) and Kids Race (for ages 7 to 15), in addition to a 10K, Half and Full Marathon, literally has an option for everyone in the family. We can’t think of a better way to familiarise yourself with the incredible Habsburgian architecture of the city, than to run around some of its most famous monuments, including the Opera House, the Schonbrunn Palace and across the Danube. Registration for the marathon is open till the end of March, or till places fill up. We don’t advise running without training.

More proof that Vienna breathes culture, is the State Opera House’s unique Opera Live on the Square offering. Every year from April to June and in September, the Opera sets up a giant LED screen on Herbert-von-Karajan-Platz, to live broadcast the on-goings from inside the hall, allowing the public a peak at the world’s greatest opera house in action. While over 85 operas will be broadcast this year, our pick is the screening of Richard Strauss’ Die Frau ohne Schatten on May 25th and 26th, to celebrate the State Opera House’s 150th anniversary. Expect more than just a broadcast.

Article text by Hrishabh Sandilya. All photographs are sourced under a Creative Commons Licence.