Spring in Prague conjures up memories both good and bad in a city where a whole generation can still personally recall the Spring of 1968, which first promised new freedom but tragically ended with invasion, renewed autocracy and the occupation of the country.. Yet, as most Prazaks will tell you, it is the season the city comes alive, when lovers gather on Petrin Hill under the blooming cherry blossoms on the 1st of May, when Easter markets fill the city’s many squares and when winter has made its last farewell. Insight Prague’s curated list for your Spring visit to the magical city of a thousand spires, will lead you in the right direction.

Specteculare was launched in 2014, by Czech DJ Josef Sedlon, the curator of the legendary Palac Akropolis’ eclectic program. The festival juxtaposes different forms of visual art including film, theater, video-art, video-mapping, and photography against the backdrop of (mostly) electronic music, showcasing the the hippest trends in audio-visual culture. Featuring big, international names, we recommend the closing gig with German producer Sascha Ring aka Apparat (part of the Moderat trio), at the fantastical art-deco Great Hall, in the Lucerna Palace complex, on April 3rd.

Jeden Svet or the One World Human Rights Film Festival returns to Prague in March. Long, a mainstay on the international documentary circuit, each year One World gets more in-depth with the issues that affect democracy and human rights worldwide. Put on by People in Need, the largest Czech NGO, the festival takes place in some of our favourite Prague cinemas, including the wonderfully ornate Lucerna, Svetozor, Aero and Atlas halls. Tickets are available online, but reserve well in advance, for premieres and films with accompanying debates.

While it shares its name with one of the darkest moments of the city’s history, the Prague Spring Music Festival actually dates back to 1946 and is in its 74th year. The festival runs for three weeks and brings classical music to the masses, with top Czech and international conductors, playing both, the classics and more modern compositions. The festival also hosts the Prague Spring International Music Competition and gives you the chance to see the best of the next generation of classicists in concert. Tickets are available online but do tend to sell out fast.

Will it or won’t it happen this year, is up for debate. But Prague’s answer to London’s Notting Hill festival is so much fun, we’d rather err on the side of caution, or at least point you to what you missed out upon. Watch over 20,000 people descend up on one rather small street in the heart of Prague’s Vrsovice district, as the city’s largest open-air street party plays out. From neighbours sharing their stories and meals, on the scores of casual sofas that have been put out, to some of the best DJs and pop-up food stalls in the city, do not give this a miss.

Our favourite outdoor food market makes its spring debut in the middle of March. If last season was anything to go by, expect to have your palette bombarded by the sight, sound, smell and taste of food, from different corners of the world. Manifesto, which is put on by the RESITE urban, architectural think-tank and collective, in the shell of the old Masaryk train yard, is a time-bound pop-up, so don’t miss your chance to pay a visit. Our tip is the Dosa Stall – the only place you can get the incredibly crisp South Indian rice crepes in the city. 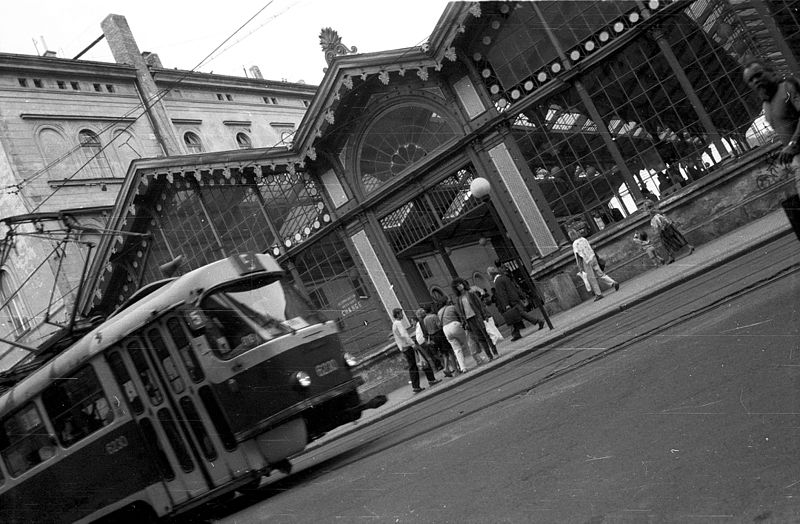 UMtrh or Art Market is a hip, new pop-up concept, artistic and creative market which takes place every fortnight on Saturday and Sunday, in different venues near and around the Old Town. Featuring live music and an array of collectible art and craft wares, along with food and drink, UMtrh showcases the creativity of the next generation of Czech artistes. With loads of options for kids, this is recommended for some family fun.

Dedicated to 20th Century Czech (and later French) surrealist painter Josef Sima, this new exhibition at the National Gallery’s Wallenstein Riding School building, presents his early works as a painter in Brno, up till his encounter with the French group, Le Grand Jeu. The exhibit showcases Sima’s work as the Chief Artist of the group. It also brings to Prague pieces from both Sima and his French collaborators including those from private collections, which are rarely (if ever) displayed.

Our favourite Czech gallery is putting together a retrospective for our favourite contemporary Czech architect, the indefatigable Eva Jiricna. Jiricna, who turns 80 this year, is a proponent of the high-tech modernist minimalism that has come to define many of Europe’s capital cities. Raised in communist Czechoslovakia, Jiricna was always ahead of her times and fled to the U.K. in 1968, where her work on the Brighton Marina, brought her to the attention of the masses. Reunited with Prague in the Nineties, she shaped the British Council building and the landmark Hotel Josef in the Old Town. DOX’s story tells you all this and more.

Libuse, arguably Bedrich Smetana’s finest work, plays at the National Theatre in the Spring. Based on the story of Libuse and the founding of Prague, the opera tells her life story and that of the myth of the creation of the nation. We can’t think of a more authentic Prague experience than at a theatre that was paid for by thousands of small donations, in order to create a temple for Czech language and culture, during the National Revival of the 19th century.