A Summer of Surprises in Budapest

Being the southernmost Central European capital has its perks. Budapest, unlike Prague, Berlin or even Vienna, experiences a full-fledged summer, with loads of sunshine, soaring temperatures and an incredible outdoorsy vibe. Insight Budapest has the lowdown on what do in Buda and Pest this summer.

Budapest’s magnificent Liberty Bridge transforms itself into a massive urban renewal project, a a few weekends every summer. Imagine yourself high above the Danube, on top of a bridge that has magically reinvented itself as a park, dancefloor, stage, food court and everything else you could ever want, on a hot summer’s day. Put on by the Valyo urban regeneration collective. Szabihid shows you how and where our urban lifestyles should be headed. Perfect for some family fun!

Szabihid Weekends on the Liberty Bridge. Photograph by Globetrotter19

The lore of Budapest’s thermal baths have spread far and wide, and millions of tourists seek out their healing waters, each year. In the summer, the baths take on a new look and feel, as the focus shifts outside. As always, our recommendation is the Gellert Spa at the Hotel Gellert, in Old Buda. Our pick, would be to hit the wave pools in the outdoor baths and finish a visit to the complex, with a meal at one of the hotel’s fine restaurants. Perfect for some family fun!

A visit to the intricate Art Nouveau Gellert Complex, is the perfect segue into Insight Budapest’s Art Nouveau tour, which showcases Budapest’s distinctive signature “Hungarian Secession” style, and provides an introduction to the works of the Hungarian masters.

Only in its fourth year, Kolorado has quickly become Hungary’s (and possibly Central Europe’s) leading alternative, urban festival. Staged in the magical Buda Hills, outside the city walls, the festival is the brainchild of some of the leading local artists and musicians. It showcases some big international names, ably supported by local acts, and the entertainment on offer, goes across genres and styles. The keywords here are local, community, love, culture, and an avoidance of the commercialisation of the arts.

Sziget (or Island) Festival is Budapest’s big-ticket entry to the festival hall of fame. In the same league as Exit, Glastonbury and Roskilde, with hundreds of thousands of visitors, Sziget is different because it takes place right in the heart of the city. With headliners including Ed Sheeran, Florence and the Machine, Twenty One Pilots and the Foo Fighters, it rarely gets bigger than this. Accomodation in the city during Sziget fills up, so book well in advance. 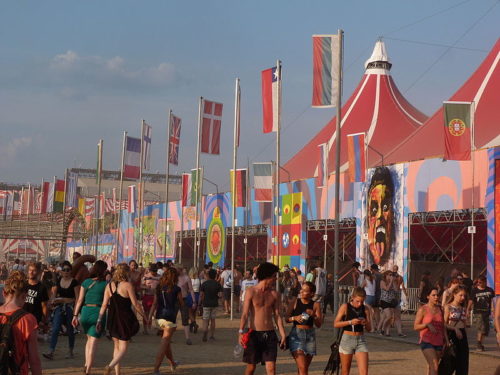 On the other end of the spectrum from both Sziget and Kolorado, the Vajdahunyad Festival focuses on classical and folk music and runs on different summer evenings through July. With an eclectic mix of music on offer, including Klezmer, Gypsy, modern, violin solos and a chance to listen to the city’s different orchestras, this is our pick for a relaxing night out. All this in the environs of the Vajdahunyad Castle, in the midst of the City Park. Don’t forget to try some of the excellent Hungarian wine on offer. 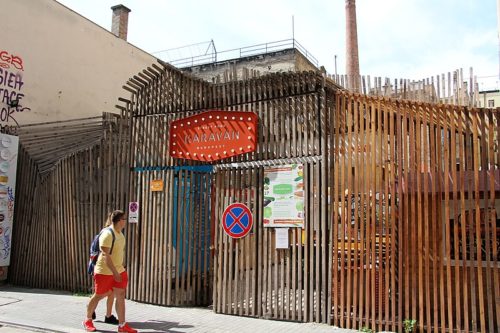 The latest addition to Kazinczy utca’s collection of Budapest’s hottest places to be seen at, Karavan is part food court and part hipster-hangout. It is reminiscent of Prague’s excellent Manifesto Market, and ticks all the right boxes. The food, as in the most of Budapest, is pretty special (the warm spring and summer real result in great-tasting vegetables), and you can’t go wrong at any of the stalls. Make a visit to Karavan, part of the perfect night on the town, and once you’re done, roam the street and simply pick from the ample choice on offer.

One of the perks of being in Budapest, is that the summer goes on a little longer, and it stays hot, well into September, allowing you to keep staying outdoors. The wine festival, which is amongst the region’s largest, showcases the vintages of the year, as vineyards from across Hungary, compete for the honours. Hungarian wine may not get its due accolades abroad, but trust us, when we tell you, that it is amongst the world’s best.

The Budapest Wine Festival is held within the cavernous Buda Castle castle grounds. We’d recommend you combine a visit to the festival with Insight Budapest’s excellent Buda Castle: a Kingdom of Many Nations tour, which provides much insight into the history of the city and this magnificent edifice. 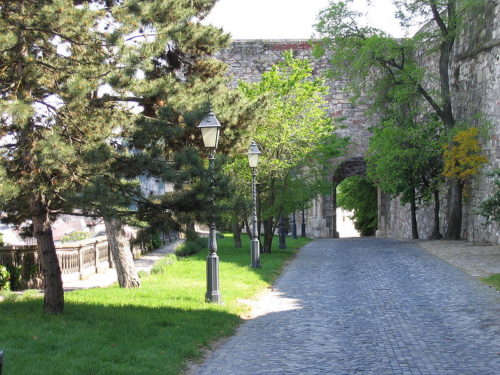 We don’t usually recommend sporting spectacles, but when the spectacle is the Hungarian Grand Prix – the first Formula 1 race, held behind the Iron Curtain, we can’t but marvel at its  continuing significance, to the Hungarian nation. Held at the Hungaroring in Mogyorod, just outside Budapest, the Grand Prix is the only race in the region and tickets are surprisingly affordable. So, if fast cars are your thing, you know where to be on the first weekend of August.

Budapest’s version of the Night of (not just) the Museums, goes till 2.30 A.M and runs on the Midsummer weekend. With over 50 different choices, ranging from the classicist National Gallery to the quirky Electrotechnical Museum, making a choice is often difficult. But the city, will help you get from one place to another, with specially commissioned bus and tram lines, allowing you to make full use of your night, without limiting your choices too much. 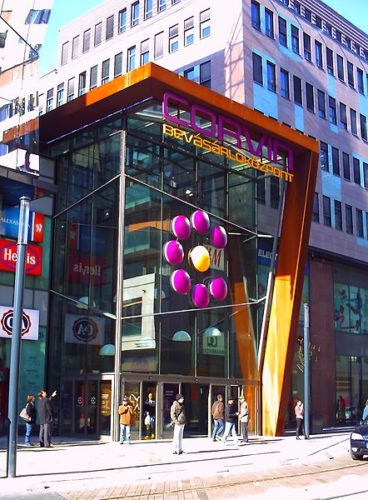 Budapest’s Rooftop Cinema took the city’s creative world by storm when it launched in 2013. Showing films from the world over on the rooftop of the futuristic Corvin Plaza arcade, the rooftop cinema is a unique opportunity to appreciate all things Budapest – its creativity, the outstanding skyline, the incredible summer weather and the great vibe. Tickets for screenings sell out early, so book online before you get there.

If culture and creativity are your passion, we’d recommend Insight Budapest’s Design Walk. The walk is an introduction to the city’s aesthetic and creative ethos, and it explores the sophistication of the diverse cultural influences that play thorough Budapest’s cutting-edge design scene.