Get a Solid Feel for Bustling Pest, the Financial & Cultural Center of Hungary 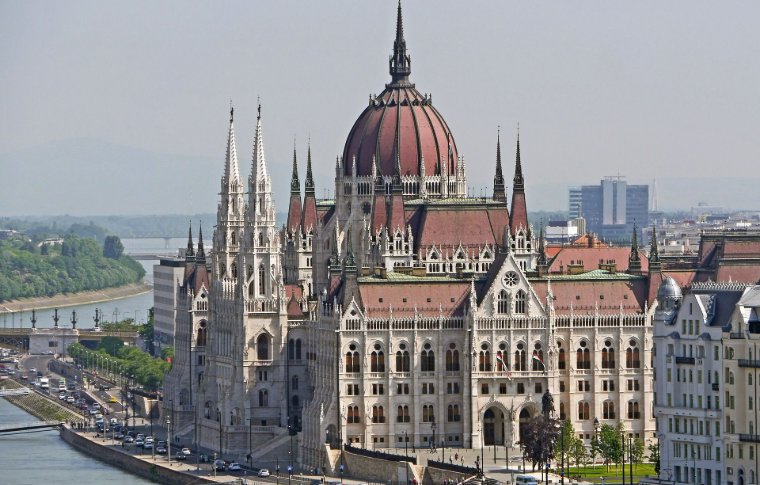 Discover Pest, the lively, bustling financial and cultural center of the Hungarian nation. Construction boomed in the 19th century after the city gained new prominence as the second capital of the newly-created Austro-Hungarian Empire. Signs of that momentous 19th-century rise are everywhere to be found on this Budapest city tour, from the monumental Parliament, sweeping river promenades, art nouveau facades, grand squares, and boulevards. Your historian guide will also help you to explore Pest’s 20th-century tragedies, from the devastating genocide of its Jewish citizens in the Holocaust to the decades of suppression behind the Iron Curtain. Along the way, you’ll get acquainted with Budapest’s present position as a sophisticated modern capital often at odds with the contemporary trend of Hungarian national politics.

Take in the monumental Parliament at Kossuth Square, the most expensive structure ever built in Hungary at its inauguration and symbol of Budapest’s rise.

Visit the Holocaust Memorial (Shoes on the Danube Bank), and reflect on the essential role of the Jewish community who numbered one-fourth of Budapest’s citizens before WWII.

Marvel at the second largest synagogue in the world, the ornate Dohány Street Synagogue.

Travel along Andrássy út (or Andrassy Avenue), a noble esplanade stopping at the Opera House, leading to our conclusion at Heroes’ Square, where Hungarians celebrated the 1,000-year anniversary of their kingdom in 1896.

This Budapest City tour takes you through Pest, the busy and lively center of the city on the east bank of the Danube River. Since the Middle Ages, the castle of Buda on the west bank has always been the seat of royal power. But in 1867, Hungary regained most of its independence after a political compromise with the Austrian Habsburg Empire to which the country belonged. Downtown Pest then became the opulent political, financial, and religious center of the newborn Hungarian nation in the second half of the 19th century. Six years later, Buda and Pest were unified and the construction of the city started booming. They built a huge new parliament, extravagant palaces for the Stock Exchange and banks, an immense new basilica, an impressive new synagogue, the Andrássy út (an elegant avenue modeled after the Champs-Élysées in Paris), the first subway in Europe, the Opera House, a river promenade, theaters, and city parks. 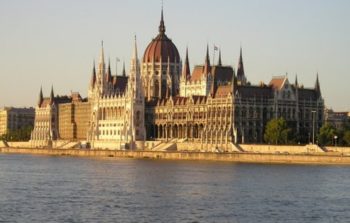 You’ll begin with your historian guide in front of the Parliament at Kossuth Square. At its inauguration in 1896, it was the biggest and most costly structure ever built in Hungary, and this still shows today. Massive and monumental from the outside and dazzling within, it is brimming with art contributed by nearly every famous Hungarian painter and sculptor of the time. (We will not go inside, as the Parliament organizes its own guided tours). We will take in and discuss the other buildings and monuments on and around the Square, before visiting the Holocaust shoe memorial erected on the bank of the Danube. It was constructed behind the Parliament to memorialize the thousands of Jewish citizens of Budapest (a quarter of the city’s community) who were tragically killed on that very spot during the final months of the Second World War. 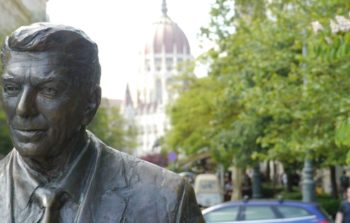 Liberty Square is our next stop. It was originally built as the financial center of the city and is regarded by many as the most beautiful square in town. There is a lot to see here: the huge stock exchange palace and the opulent buildings that still house several banks, including the Hungarian National Bank. We’ll retell stories about the American general, Bentholz, about Cardinal Mindszenty, who lived hidden from the communists for 15 years in the US embassy, and the last Soviet monument, curiously flanked by a statue of Ronald Reagan since 2011. 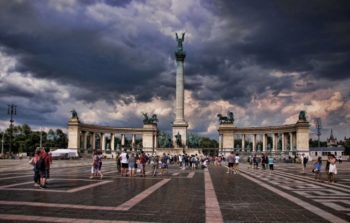 We continue to St. Stephen’s Basilica, passing several beautiful art nouveau buildings for which Budapest is famous. Further on is the Dohány Street Synagogue, the largest synagogue in the world. It is a monument to the vital role that Budapest’s Jewish citizens played in the development of the city. Eventually, we will travel along and under Andrassy Avenue, a boulevard designed for modern Budapest’s increasingly powerful commercial classes. After a short stop at the Opera House, the tour ends at Heroes’ Square, where the Hungarians celebrated 1,000­ years of their kingdom in 1896.

Having true scholars organize and conduct such tours is a great concept which really added a special depth and created a uniquely special learning experience to these tours. Also, being private tours, our sights and discussions were not limited to just the actual tour objectives but we could digress into other subjects and sights that were of interests to us. I highly recommend Insight Cities tours and I believe they offer these unique tours in many cities besides Prague and Budapest.

Would highly recommend Andras as a guide, very knowledgeable about history and events leading up to the present day. As a native of Budapest, his insights were fascinating. We got a great introduction to the city and the most important tourist sights.

Andras Schweitzer has exceptional depth and range of knowledge about Hungarian history. His personal insight due to his upbringing during the last years of Soviet control is very valuable. We had a wonderful afternoon with Andras! He is a very engaging and enjoyable guide. Highly recommended.

After engaging Insight Cities for unforgettable tours in Vienna and Prague, we ended our trip with 2 more from the company. Izabella guided us through Pest giving historical and contemporary context to the interesting sights. She was a true joy to spend the afternoon with and she tailored the tour to our interests. After 5 tours, we can easily recommend this company. The guides are superb. Hope to see them in more cities in the future.