Discover Why Berlin is the Artistic Magnet of Europe

From small private initiatives hidden in obscure courtyards, to larger, more established ventures, Berlin’s gallery scene has become a hotspot for the arts in Europe. Following the fall of the Berlin Wall in 1989, a combination of affordable rent prices, a semi-liberal artistic climate, a well-known counterculture, and endless open spaces caused the city to attract artists from around the world. Today, the city is a kaleidoscope of anti-establishment street art and sophisticated galleries, creating an art world that is as impressive as it is diverse: waiting to be discovered on this art tour of Berlin.

Dive into Berlin’s percolating art scene, a diverse hub of small and large galleries in traditional and nontraditional spaces.

Maintaining a changeable itinerary allows your art historian guide to adapt the tour to the strongest and most relevant exhibitions in either Mitte or around Potsdamer Straße.

Another potential focus of the tour (again at the discretion of your expert art historian guide) is the Berlin Biennale or the Berlin Art Week when these events are running.

Tuesday to Saturday 11 AM and 2 PM

We include a personal pick up at your central flat or hotel. If you prefer a meeting point, we will inform you if your tour starts from either:

*Note: we do not run our Berlin’s Gallery Scene tour in July and August because most Berlin Galleries are not open to visitors during these months

Your guide will help you to purchase tickets at KW Kunst-Werke Berlin. KW is closed on Tuesdays, so gallery walks on that day do not include it.

If the tour occurs during the Berlin Biennale or Berlin Art Week and includes these festivals, your guide will help you to purchase tickets. Prices can range from just a few euros up to 16 euros for the Biennale.

Since the fall of the Wall in 1989, Berlin has become the artistic magnet of Europe. The city’s rise as a hotspot for the arts can be attributed to affordable rents which initially attracted artists to Berlin, as well as its semi-liberal artistic climate in combination with its seemingly endless open spaces. Walking through the city, it seems as if art is literally unfolding itself like a colorful kaleidoscope on every corner. In recent years, a vibrant and sophisticated gallery scene has emerged, contributing vitality and diversity to Berlin’s art world. 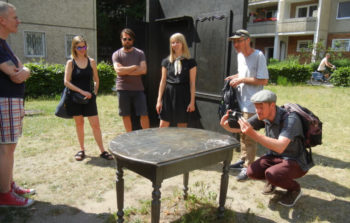 Berlin’s unique gallery landscape spans from small private initiatives hidden in obscure courtyards and basements, to larger, more established ventures, and everything in between. Although Berlin hardly has an international buying clientele, cultural richness seems to continuously flourish nonetheless. A global clientele is flown in twice a year during two important art fairs: The Gallery Weekend in the beginning of May and the Berlin Art Week in September—the former, a joint program of simultaneous openings across town clustering about fifty of the city’s galleries and the latter, a mixture of an art fair and a small biennale. 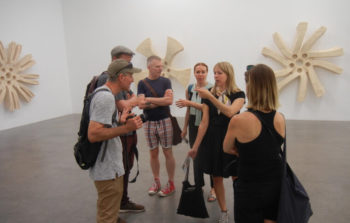 Like most things in Berlin, the gallery scene is fragmented and diverse. This exclusive tour brings you to the most important gallery hubs of Berlin. For your benefit, we alter the course of the tour depending on the strength of current shows and on the major art events of the season. For example, your art historian guide may decide to start your journey in Mitte, in the Auguststraße, where we will uncover a wealth of galleries and institutions. Kunst Werke is a contemporary art institution founded in the early 1990s showing a wide range of art from mixed media retrospectives to giant installations and sound performances, allowing innovation and curatorial creativity running across five floors. We can then move on to several smaller and more intimate galleries in the vicinity of these institutions in both the Auguststraße and Linienstraße, such as Galerie Eigen + Art and ifa Galerie. The tour route might also include festivals such as the Berlin Biennale when it’s in town or the Berlin Art Week. 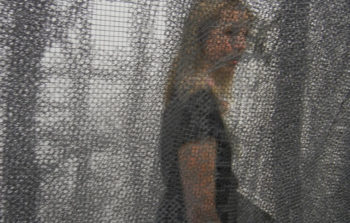 Another potential focus of the tour (again at the discretion of your expert art historian guide) is Potsdamer Straße. Over the past five years, this strip has gained increasing momentum caused by an enormous wave of gallerists who moved from Mitte to the area South of the Neue Nationalgalerie. Today, a true gallery mile includes about thirty galleries and project spaces scattered around an unpolished neighborhood. We may visit renowned galleries such as Michael Fuchs, Esther Schipper, Isabella Bortolozzi, Giti Nourbakhsch, Guido Baudach, Arndt, Plan B, Tanya Leighton or Klosterfelde, depending on what’s showing. Through your dialogue with an art historian familiar with Berlin’s art world, this tour aims to give you insight into the ever-evolving contemporary art practices within Berlin’s expanding art scene.

Our art historian guides have the right to alter the course of the tour according to the strength of current art shows and on the major Berlin art events of the season.

We thoroughly enjoyed our tour of Berlin’s art galleries with Laureline. She was warm and personable. Laureline engaged us and was interested in our opinion of the art, too. It was a terrific morning.

Isabel Daniel was an amazing guide. She answered every question we asked and was the nicest young lady you could possibly have as a tour guide. By the end of the tour we were inviting her to visit us in Los Angeles. She is completing her Ph.D in the topic we were exploring on this tour.

We had an outstanding 3+ hour walking tour of Berlin with Peter Bijl through Insight Cities. He was extremely knowledgeable and very generous with his time. A wonderful way to learn about and experience the city and its history.

David Bowie & the End of the World